Morganton's Depot, the smallest in the entire line, was brought back to its 1917 appearance
with extensive millwork restored or recreated. Federal and private local sources funded the
restoration of the Morganton depot.  (from the City of Morganton Citizen's Newsletter, City Pride, Sept. 04)
Pictures by Dewey E. Fox 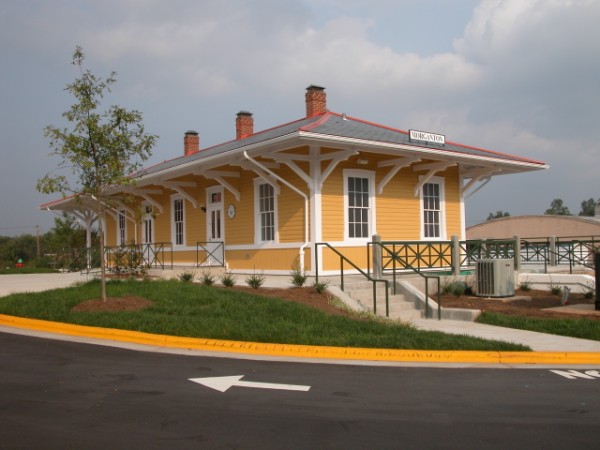 Current pictures as of October 2004